Sensitek has over 25 years of wireless and wireline experience and we share our thought leadership here. 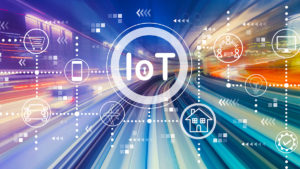 Cat-M1 vs. NB-IoT – Exploring the Differences

Is your business looking to deploy a high number of low-complexity, connected devices onto the Internet of Things (IoT)? If so, understanding the differences between the relevant top-level categories of

Cellular IoT: An Opportunity For Billions Of New Business Deployments

IoT, or the Internet of Things, is gaining momentum and offering more opportunities every day. IoT is a massive network that connects several devices so they can communicate with each other in real time. Just as the same, Cellular IoT is influencing lifestyles, but it depends on how we interact and how we behave. 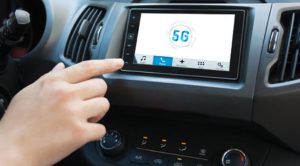 Now the answer to this question is lying hidden in the heart of the Internet of Things technology. This enables the devices in the car to interact on the same network as the Car and with the added use of sensing equipment, makes it no less than a futuristic technological marvel that could only be dreamed about until a few years ago.

5G IoT will be revolutionary

The world of telecommunications is undergoing unprecedented change. Two of the most significant advances are 5G and the IoT (Internet of Things). The two often are mentioned in the same sentence as symbols of the radical nature of the transformation.

While 5G will make its mark by 2020, 4G LTE-M NB-IoT is the future of Cellular IoT. In this blog post, we’ll discuss NB-IoT, which is also called as LTE CatNB1, as well as LTE-M – both of which are driving the future of cellular IoT. It is expected to smartly connect billions of devices. NB-IoT and LTE-M are already being adopted at a massive rate thanks to factors like low power consumption, cost-effectiveness, and support for a huge range of applications and devices. The concept of economies of scale for IoT is becoming true with this technology.

IoT is a wonderful technology for a lot of different verticals. However, it is difficult to find one in which the benefits are as numerous as fleet management.

M2M Service Provider – How to choose a good one?

Before the modern age, a connection used to just mean contact between human beings, with the advancement in resources, a connection now means there are many more possibilities with technology. Changes in communications, the Internet, the Internet of Things IoT, M2M and more tools are now available for people to use.

Don't miss out on the latest Tips & Tricks from Sensitek. Subscribe to receive a notification whenever there's a new post.